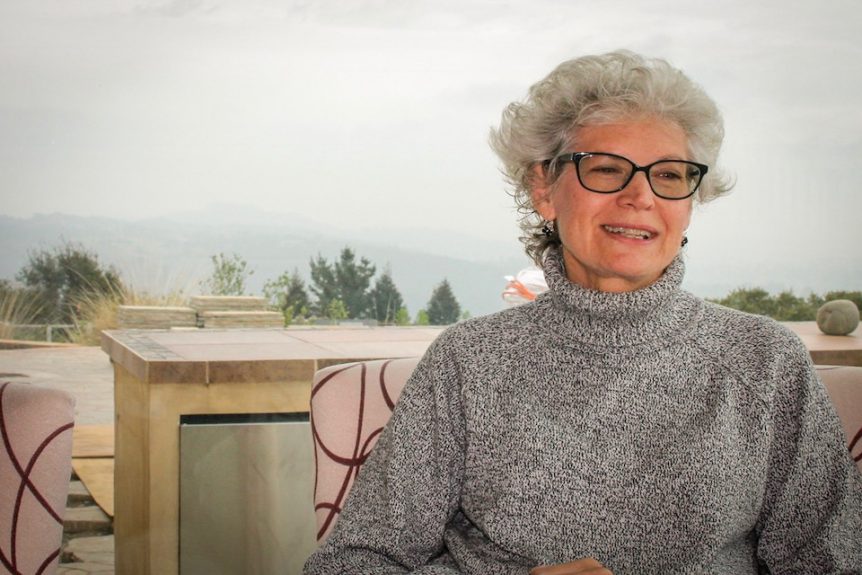 Brief Bio and Why Chris

Chris Middleton is Saaheli’s first volunteer and currently serves on Saaheli’s core volunteer team. She
has over thirty years of experience in the lodging and hospitality industry and has served on multiple hotel
industry boards, including the California Lodging Industry Association, where she has served as President,
Chief Financial Officer, and Special Projects Manager.
Anyone who has attended a Saaheli event before knows and recognizes Chris. She has been an
integral part of executing numerous Saaheli events, including most recently, Saaheli Connect 2019 in Napa.
She is fearless and always is ready to take on new opportunities. In 2017, she was inspired by Sima Patel to pursue Krav Maga. While it’s never easy to learn something new, especially when it’s as rigorous as krav maga at the age of 66.

What inspired you to pursue Krav Maga?

Sima Patel and Saaheli! Sima and I talked about her vision of teaching self-defense skills to women here in the United
States and in India. As we talked, I said, “You know, if we’re going to do this, we need to walk-the-walk and talk-the-talk”.
I asked my husband (who is knowledgeable about martial arts) about what he recommended, and he said in terms of practical self-defense skills – the ability to protect yourself on the street – Krav Maga is really the only one. So, I signed up for a class and when I arrived there was one guy who was surrounded by about eight people who were holding these pads that were using to fight a duel. At the time I was quite overwhelmed because I had never played a contact sport and
I had no experience of that kind of activity. But I thought, well, I’m already here I can’t just walk out without trying it!

How has it challenged you?

One thing about Krav Maga is that it challenges you physically in a very complete sense. It tests your responsiveness,
your cardio, your vision, and it sharpens your awareness of all those faculties in a way that maybe younger people take for granted; because believe me, they start to deteriorate once you get past fifty! As a woman, there are a lot of things that you don’t know you’ve missed out on that Krav Maga puts to the test. For example, one of our activities puts you in a
situation where you have to fight through a crowd. So, developing that resistance to various situations is challenging at first. But I can’t imagine any woman not coming out feeling bigger, better, and stronger than before they started the class.

I imagine it was really steep learning. Was there a moment when it all fell into place?

I feel like I turned a corner at the two-year mark. My physical strength, stamina, and my ability to perform the techniques have all improved dramatically since then. One of the things I had been doing the past couple of months is to practice the
techniques at home, and now I feel like the synapses in my brain that control coordination have kind of ‘synced up’.
Honestly, I was not a star performer at the outset and recently my sensei was joking that when I first started I could only do a 2-inch push-up. I said it was more like an inch and a half because I could barely lift myself! Now I can do much
better than that, but it’s taken this long to get there.

How has Krav Maga changed your outlook on life?

It’s really been a game-changer for me in a lot of ways. The physical exertion alone is so relaxing and such a stress reliever, I had no idea. I had always done moderate exercise since I was 40, but nothing this rigorous. I certainly don’t worry about things I used to, and that alone has been invaluable. The thought that I could now protect myself if I was ever in danger is totally new too. I’m not sure women realize how much we’re raised with a victim mindset. We tend to think, well, if I was ever attacked, I would have to rely on someone else to protect my safety. But with Krav Maga, you change that view of yourself and your relationship with the world and you realize you can take care of yourself. And that’s really huge.
Finally, Krav Maga is just, well, fun. You’re in a physical environment where you wrestle, you play tag, you do all kinds of things that make you laugh and laughing so regularly has been wonderful. At my age, it’s especially fun to be around people who are all pretty much younger than me.

Can you cite examples of how in practice it has affected the way you conduct yourself now?

Yes definitely. I’ve done a lot of things in my life, but doing Krav Maga is scary. Nobody really likes to do things they’re not a natural winner at, but I just keep doing it and eventually I get it. There are seven levels of competency in Krav Maga and so far, I’ve taken and passed levels 1 and 2. Both of those tests were four hours each, and they test on stamina and endurance. If you had told me a year ago even that I could take a four-hour test I would have laughed in your face. I wouldn’t have believed I could have done it. So, in a practical sense what I’d say is that Krav Maga has really entrenched the importance in my mind of trying new things, even if at first, they scare me.

What are your ambitions for Krav Maga looking ahead?

I want to get as much out of it as I can. I’m 66 so one of the reasons I go to classes so religiously is because, unlike the younger students who seemingly have an unending future in Krav Maga, I know there’s a limit! They are preparing us now for Level 3, which is a five-hour test, and honestly, I don’t know if I’ll be able to take the test or if I’ll even be invited
(it’s by invitation only). So, right now, my goal is just to learn every technique as well as possible and hopefully to be able to deploy them in the test so that I pass.

What would you tell a young woman that was scared to start something new?

If you are afraid of something, that’s actually the tip-off that you need to do it. If there’s as an activity at Krav Maga that I
am afraid of, I own up in my head that I’m afraid of it and I say, “Okay Chris, this is the clue that you need to do this”.
Fear has this way of kind of sucking away your energy but if you overcome that, the payoff is so huge. For me, the idea of doing mixed-sex Krav Maga classes was especially intimidating, but I was laughing about how after a recent session our sensei was telling his male students to watch the women because they knew how to do the moves way better! So, I
say if you’re afraid, just do it. You will be rewarded ten times over.

What does Saaheli mean to you?

Well, like Krav Maga, Saaheli is all about pushing yourself, getting out of your comfort zone, and making the most of yourself as a person. I’ve learnt so much from Sima about how to be the best version of myself and she is such a role model in that sense. My sensei at Krav Maga says most people can do a lot more than they think they can. Saaheli
inspires the same way of thinking.

What is your vision for Saaheli?

Sima and I plan to launch a Krav Maga scholarship program for girls who want to learn the discipline, which I think is truly wonderful and completely in alignment with what Saaheli is all about: be your best. I am hoping we can get a number of women to experience that and come out bigger, better, stronger as a result. Besides this, I’d like for there to be more opportunities for women in the Saaheli network just to get together and connect, because I think the conversations that take place in those meetings are really so inspiring. One of the younger women I met at the recent Saaheli Connect event was so enthusiastic she suggested we go international with it. I think that’d be a great idea!